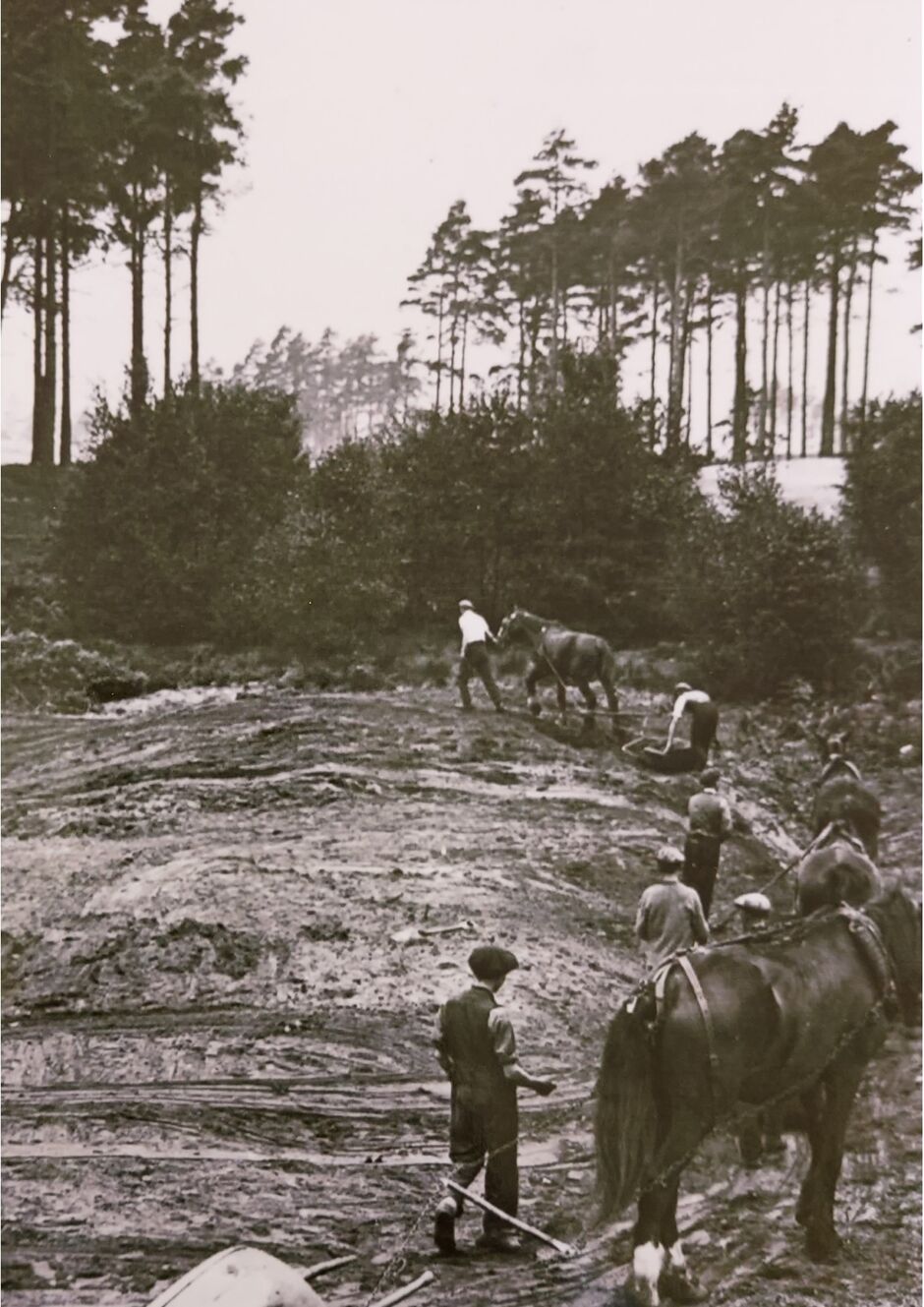 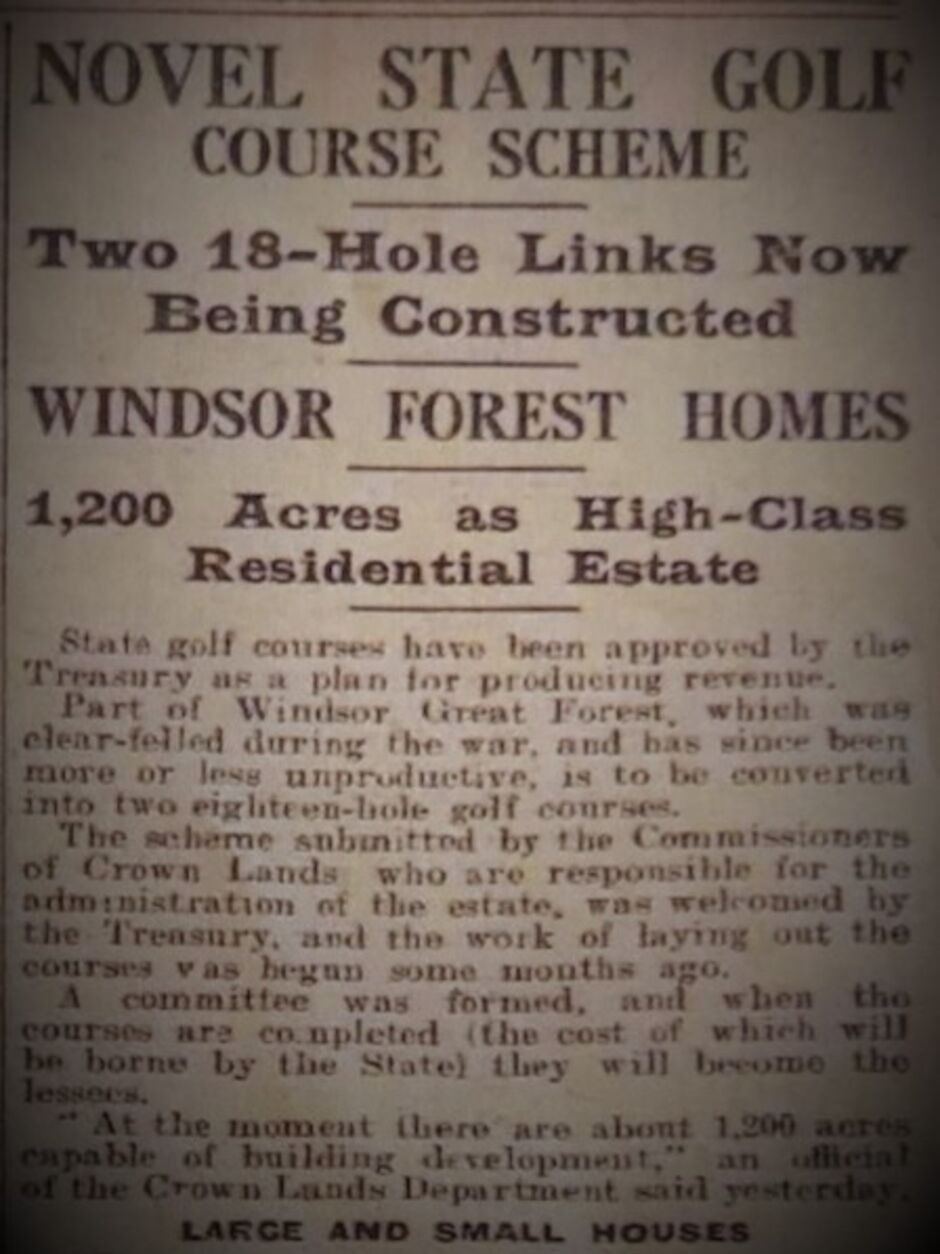 The Berkshire was founded in 1928 when its two courses, the Red and Blue, were constructed by the Office of Crown Lands on estates once used by Queen Anne for her hunting parties in the 17th & 18th century.

In the Club's original handbook of 1930, the famous golf writer Bernard Darwin wrote -

"The Courses were laid out by Mr Herbert Fowler, and I begin by taking off my hat to him with profound respect. He has laid out many fine courses in his time. He began by raising for himself a lasting monument in the Old Course at Walton Heath, which is still to my thinking unsurpassed as a real golfing battlefield for real golfers. Even so, I think Mr Fowler is a better golfing artist now than when he first exploited his genius on the big stretch of Walton heather. His art has mellowed with experience and has gained something in variety, in subtleness and in picturesqueness. Mr Fowler has made a very fine job if it and has added two courses to the select number of unquestionably first class inland Courses."

The Club also hosts two important Amateur events annually, The Astor Salver for Ladies, which was first played in 1951, and The Berkshire Trophy for Gentlemen which started in 1946. Past winners of The Berkshire Trophy include Michael Bonallack, Peter Oosterhuis, Nick Faldo, Sandy Lyle, Eddie Pepperell and Ross Fisher. Most recently the Club hosted the Ladies Rose Series Finals.

“It’s been a while since I had played the Blue course and had
forgotten how pretty it is. The course was in great condition and with the greens rolling so well there were plenty of birdie chances.”

"Sunningdale and Wentworth are the only clubs in the whole of the British Isles, other than The Berkshire, that can boast about having two courses positioned in the top 100.  It's an amazing surprise that so few people know how charming the Berkshire experience really is."

“It’s a beautiful golf course and as lovely as I remember it. I played in the Astor Salver and also pre-qualifying for the Women’s Open here. I absolutely love it.”

"Any golfer who has not visited this marvellous club with its two magnificent courses, the Red and the Blue, has missed one of the great pleasures in golf. In particular, the par three holes are as good as any to be found, with each having its own character and not like the 250 yard tests that are a feature of contemporary design. It is 50 years since I first played these two great courses, but during that time, I have never known the condition of them to be anything but perfect and the same is as relevant today. The putting surfaces being as true as any you will find. The friendly atmosphere of the clubhouse and the excellent food and well stocked bar complete the experience. All in all, there is no finer place to play golf."